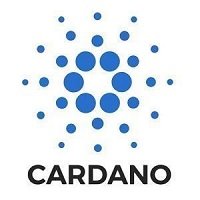 What is Cardano & ADA?

In a nutshell, Cardano is an advanced blockchain platform, and ADA is a cryptocurrency representing the platform. Created by professionals—researchers, engineers, and scientists—Cardano is the first blockchain project driven by a scientific approach. Cardano seeks to deliver more advanced features than Bitcoin, Ethereum, and other cryptocurrencies developed so far. Cardano focuses on smart contracts, developing their own stack of technologies to make smart contracts more secure and scalable.

Smart contracts might be a key for the real-life economy to achieve higher trust between parties and decrease expenses in various fields (for example, by automatization of contract processes). There are several smart contract platforms, including Ethereum and NEO. However, smart contracts are still a young technology, and Cardano aims to get them ready to become mass-market.

Cardano is believed to be the brightest among the third-generation cryptocurrencies. It would hardly be an exaggeration to call Cardano a breakthrough like Ethereum was, compared to Bitcoin, and like Bitcoin was, compared to traditional payment methods. But what makes Cardano so special?

The Concept of Third-Generation Cryptocurrency

Apart from creating an advanced smart contract platform, Cardano aims to resolve challenges faced by cryptocurrencies: scalability, interoperability, and sustainability. Overcoming these challenges is vital for mass adoption of blockchain and cryptocurrency. And Cardano might be on the way to proposing a universal solution for these three challenges. Moreover, by accomplishing it, Cardano can take the whole blockchain industry to the next level.

Scalability is vital for mass adoption of cryptocurrencies. For a cryptocurrency, being scalable means being able to fit into the real economy. Nevertheless, scalability is still a serious challenge for the industry. Bitcoin can perform 4-7 transactions per second. For comparison, the traditional banking system processes thousands of transactions each second. Just by adding more computing power or clients, Bitcoin (or other cryptos developed so far) would not be able to provide more transactions. Also, scalability is associated with the size of the blockchain. So, this is the root of the scalability issue — cryptos are simply not designed to make their transaction throughput higher than a certain determined amount. In most cases, this amount is much lower than traditional payment systems have. Cardano’s team plans to utilize various scalability techniques, such as sharding.

Moreover, there is a need for legacy systems to recognize tokens as a representation of value. One of the possible solutions to ensure such interoperability, as suggested by Cardano’s team, is supplying transactions with additional metadata. Although, there is still much research to be done.

Sustainability issues within the crypto world may refer to both internal sustainability of the project (stability of network and community) and external sustainability (legal compliance or energy consumption, for example). Sustainability of cryptocurrencies is a complicated issue, as many processes are still not fully researched and the best models are yet to be discovered. Until then, there are many trade-offs between performance, centralization, consensus, and so on. Maintaining development and preventing excessive centralization at the same time is quite complicated, as skilled developers and other professionals are needed. The team is developing a new treasury system to be governed by ADA holders. It might be a good solution for better decentralization. For better sustainability, Cardano utilizes the Proof-of-Stake algorithm, which is considered to have lesser energy consumption than Proof-of-Work.

Another notable thing about the project is the attention of the team to the legal side of the project. Maintaining a balance between demand in privacy and regulations is vital for a long-term project, and Cardano is backed up by a considerable amount of information regarding the legal and regulatory basis of the project’s functioning. The vision for Cardano is based on finding a healthy middle ground for regulators to interact with commerce without compromising some core principles inherited from Bitcoin. And this vision is well-justified, taking into account the evolution of the market. After all, turning a blind eye to regulations is as bad for a project as losing support from users.

A couple of observations about Cardano’s global strategy: it looks like it focuses on both maximizing typical strengths of blockchain projects (decentralization, groundbreaking technology) and minimizing typical weaknesses (scalability, legal compliance). This strategy is regarded as one of the most balanced, which is good for sustainable development of a big project.

There are not many teams in the blockchain industry as big as Cardano’s. The Cardano ecosystem is built up by three major groups of developers, researchers, and other specialists: Cardano Foundation, Input Output Hong Kong (IOHK), and Emurgo.

IOHK was founded in 2015 by Ethereum co-founder Charles Hoskinson and another Ethereum team member Jeremy Wood. Apart from Cardano, IOHK is well-known for contributing to Ethereum Classic. Such a background is hardly ever seen among founders of new cryptocurrency projects. IOHK is the main R&D body inside the Cardano ecosystem. IOHK has the contract to design and build the Cardano platform until the end of 2020. Moreover, IOHK is responsible for providing a weekly technical update since July 2017—an excellent way to keep the community informed and bring additional transparency to the project.

EMURGO is a multinational company with HQ in Japan. EMURGO is the official commercial arm of Cardano. It contributes to the blockchain ecosystem through commercial ventures, like investing in projects and organizations that adopt Cardano. The company highlights the importance of Cardano’s adoption in logistics, retail, and other key industries. The important part is establishing partnerships as they did with Korean mobile platform Metaps Plus.

The three groups combined include more than 230 people—an enormous power for the blockchain space. Another remarkable thing is the significant number of known scientists and researchers taking part in the project.

If you would like to have an in-depth academic reading about a blockchain project, Cardano’s materials are your pick. Cardano has an enormous amount of content dedicated to justifying certain technical decisions or giving insight into strategic problems the project aims to solve. Cardano (IOHK in particular) has an impressive amount of original research, publicly accessible and peer-reviewed. It helps the community to stay informed and for potential bugs to be rooted out. As Cardano was built as an initiative of many scientists and researchers, great attention is paid to creating a formal theory of how exactly the blockchain platform should be built to be secure and effective.

The Cardano team maintains high activity on social media channels—Twitter, Reddit, YouTube, and others. Cardano Foundation’s Twitter is among the strongest, with more than 148k followers. Overall quality of the Cardano social media content is high, with regular and detailed updates.

Of course, as Cardano is a decentralized, open-source project, a big part belongs to the community outside of these three groups. Cardano’s Github is among the biggest by a number of contributors. The Cardano Ambassadors program was launched for boosting the community effort, and not without purpose—many active community members are working to drive awareness of Cardano and, ultimately, the adoption.

It is hard to overestimate the role of communication in the blockchain industry, and Cardano’s team is one of the most professional in this space. After all, sharing the complex technical and scientific vision of the project with the public is essential for growing the community and ecosystem.

Developing the Most Advanced Product

Cardano’s team takes into account achievements, mistakes, and issues within the industry to find a way to build the most advanced blockchain and cryptocurrency platform. Cardano’s product is developed with a long-term view to create the most advanced blockchain platform by combining original scientific research, creating the toolset, and embracing achievements of the industry. The Cardano platform should be a sustainable and balanced ecosystem. According to the roadmap, the development is divided into five phases, each one with its own focus and milestones.

Cardano was developed from scratch using Haskell, a programming language uncommon for cryptocurrencies. Among multiple reasons, it was chosen by Cardano’s developers due to the high degree of fault tolerance. Haskell is the main programming language, but the team develops two other languages—Marlowe and Plutus. They are designed for Cardano and smart contracts (similar to Ethereum and the Solidity language). The goal is to make the new languages more advanced and easier to use than Solidity. Prof. Philip Wadler (one of Haskell’s creators) is the one behind the development of Cardano’s new programming languages.

A distinctive feature of Cardano’s creation process is the use of formal specifications. It means that careful scientific research is done beforehand to ensure that the number of flaws will be as low as possible.

Cardano utilizes special, multi-layer architecture with Settlement Layer and Computing Layer. Two separate layers allow Cardano to have a cryptocurrency and smart contract platform at the same time, without trading off performance. Cardano SL (or Cardano Settlement Layer) is designed and developed to send and record transactions within blockchain. To put it simply, this layer is for an accounting of ADA transactions. Cardano Computing Layer is the place where smart contracts are going to be built. Companies or individuals will be able to create their own tokens at the top of the CCL.

Cardano has developed a special Proof-of-Stake protocol called Ouroboros. The main reason to choose PoS over PoW was lower energy consumption. High energy consumption is among the things slowing down adoption of PoW cryptocurrencies like Bitcoin and Litecoin. Apart from utilizing PoS, Ouroboros is remarkable due to its high security, compared to Bitcoin’s.

There is a multi-platform HD wallet called Daedalus to store and send ADA. This wallet has a lot planned for the future: staking support of Bitcoin and Ethereum Classic, quantum resistant signatures, multi-signature transactions to name a few.

The minimum transaction fee is 0.155381 ADA, increasing with the transaction size of the in bytes. This fee is not lower for a reason – to ensure additional security of the network. The ADA supply is not infinite: the team has stated that the maximum amount of ADA is limited to 45 billion coins.

It’s important to understand that, so far, the majority of Cardano’s features and functions are under development. Cardano has launched the mainnet, and it’s possible to send ADA transactions. But so much more is yet to come.

After researching Cardano, we believe Cardano may be one of the most undervalued cryptocurrencies. Likely, Cardano has the potential to get a place in the sun even with such strong competitors—and not only because of growing demand for a reliable smart contract platform but because of its virtues as well.

Where to buy Cardano? To buy Cardano, open your account at Binance exchange. Already have Binance account? Try another good exchanges to trade Cardano: Changelly and CoinEx

Cardano’s excellent team, quality-first approach to development and long-term strategy make this project one of the brightest in the blockchain world. Cardano has accumulated enormous resources to achieve the goal — to create the most advanced blockchain platform ever built. Undoubtedly, the expectations of the project are high. Now, development is the main focus. There are significant milestones to be achieved in 2019-2020, and we expect them to make Cardano a game-changer for the whole industry. So, Cardano is among the top undervalued cryptocurrencies. Isn’t it?