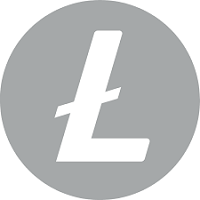 Litecoin was created in far 2011, becoming one of the first altcoins. Litecoin is a Bitcoin fork (meaning Litecoin uses Bitcoin source code as its foundation). The maximum possible Litecoin supply is 84,000,000 compared to 21,000,000 Bitcoins. More than 62,000,000 Litecoins has already been mined.

From a technical point of view, Litecoin is similar to Bitcoin. It is an open-source, peer-to-peer digital currency. Creation and transfer of coins are based oт a cryptographic protocol. Litecoin has no central authority controlling the network. All Litecoin transactions are recorded in a public distributed ledger called a blockchain.

Litecoin and Bitcoin difference is not that significant (letting alone price, of course).  The main technology principles are almost the same. Yet, Litecoin has several key differences.

Secondly, it’s the mining process. Though both Bitcoin and Litecoin utilized Proof-of-Work algorithm, Litecoin is more ASIC-resistant. That means that Litecoin mining process is more open to users with ordinary computers, and not to owners of specially designed mining hardware (ASICs). Litecoin block time is near 2,5 minutes (so each new Litecoin block appears 4 times faster, than Bitcoin’s).

Why is Litecoin called "digital silver"?

Litecoin is often called digital silver and not without reason. Let’s try to find out why Litecoin has earned this name.

Bitcoin serves both for storage of value and transfer of value like gold was. The maximum number of Bitcoins is limited, just like the amount of gold on the Earth. That’s why Bitcoin is widely referred to as digital gold. Both Bitcoin and gold have limitations as payment methods for every-day use. Thus, the demand for another digital currency appear.

Bitcoin tech limitations created the demand was for a cryptocurrency similar to Bitcoin, but more suitable for every-day use. That’s why Litecoin was created.

Litecoin is a decentralized open-source project with innumerable contributors. There are more than 500 contributors to Litecoin source code and many teams\individuals are working independently on Litecoin wallets and other projects.

Perhaps, the most significant role belongs to Litecoin Foundation. This non-profit organization is registered in Singapore. It has members around the globe, developing and promoting Litecoin. Another important role of the Foundation is sponsoring some of Litecoin developers to keep improving Litecoin as a product even further. Litecoin foundation works together with Litecoin Core team.

Let’s take a look at some of the Litecoin Foundation members.

Charlie Lee, Litecon founder and Managing Director of Litecoin Foundation. Before creating Litecon, he worked as a software engineer at Google. Charlie Lee is one of the greatest influencers in the crypto industry.

Xinxi Wang, Litecoin Foundation Director. Also, he is the founder of Coinut, the crypto exchange platform. He obtained a Ph.D. in Computer Science from the National University of Singapore.

In our opinion, the best thing about Litecoin is its perfect balance between technology, adoption, and liquidity.

Undoubtedly, Bitcoin is the cryptocurrency with the highest liquidity and adoption. Many merchants accept it; crypto exchanges often use Bitcoin to form trading pairs with altcoins. Litecoin’s adoption and liquidity are not that great, yet comparable. And more advanced tech features give Litecoin more potential as a currency.

The third-generation cryptocurrencies (such as Cardano and Zilliqa) offer more features and advanced scalability. But so far, they don’t have the liquidity and adoption of Litecoin, letting alone Bitcoin.

The perfect balance is the thing that, likely, will make Litecoin attractive to new users as cryptocurrencies will continue to reach the global mass-market.

Another notable thing about Litecoin is its established community. Litecoin has stood the test of time because of its large and dedicated community.

The balance and the community power will allow Litecoin to have a place in the alternative to Bitcoin niche, hardly reachable by third-gen altcoins in the nearest time.

Where to buy Litecoin?

Litecoin is traded on multiple exchanges. Here are some of the best exchanges to buy Litecoin.

Interesting fact: BitMex allows to trade Litecoin with leverage up to x33, a great opportunity for crypto trading enthusiasts.

Does Litecoin have weaknesses?

Indeed, there are some moments that can be referred to as Litecoin weaknesses.

First of all, Litecoin is not that unique. All Bitcoin forks have, more or less, the same set of features. Litecoin technology is advanced, yet not groundbreaking. However, the development is a continuous process, so the Litecoin tech will likely face improvements in the future.

Secondly, Litecoin is the previous-generation cryptocurrency. Modern blockchain projects were designed to offer more advanced solutions in terms of scalability, interoperability, and so on.

Thirdly, Litecoin as a brand has significant popularity, but it is still far behind the level of recognition Bitcoin has.

Fourthly, the merchant adoption has a boost because Bitcoin has longer confirmation time and higher fees. Should Bitcoin Layer 2 "Lightning Network" become a success, the Litecoin will likely be less attractive a the meaning for micropayments. However, it will hardly affect Litecoin as the storage of value.