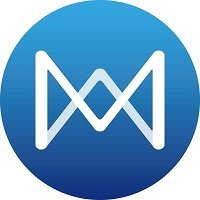 QuarkChain (QKC) is trying to solve the fundamental issues for the whole blockchain industry–scalability, security, and decentralization. The project had raided funds on an ICO, which was held in June 2018.

QuarkChain is a blockchain network for peer-to-peer transactions. The main problem it tries to solve is a pain point for both Bitcoin and Ethereum—scalability. Bitcoin had reshaped the core principles of financial understanding by enabling secure peer-to-peer without the need for an intermediary. Yet, Bitcoin hasn't become a currency for day-to-day transactions. Scalability is the main reason. Bitcoin, Ethereum and many other cryptocurrencies are simply not designed to perform hundreds and thousands of transactions each second. And those are numbers required by the global economy. Thus, many cryptos with high transaction capacity were designed to give blockchain an ability to fit into real-live business processes. QuarkChain is among the cryptocurrencies with the highest transaction capacity. Quark chain performance makes it stand out, with more than 14k transactions per second observed in the testnet.

Amount of data for each transaction grows with more advanced encryption and/or decentralization. That’s what makes building a scalable blockchain network a complex issue many bright minds are focused on.  Perhaps, making a reasonable balance between performance and decentralization would be the wisest strategy nowadays. Thus, QuarkChain made enhancing the scalability while ensuring security and decentralization one of its core principles. Another strategic aim is making the network flexible.

The potential use cases might be related to industries handling a great number of transactions each second, such as finances or gaming.

Scalability, security, and decentralization are vital for the whole blockchain industry. That there are many projects looking for solutions to these issues. Therefore, Quarkchain competitors list might include such strong blockchain projects as Cardano and Zilliqa.

QuarkChain offices are located in the USA (Palo Alto), China, and Korea. Let’s take a look at some key members of the QuarkChain Core Team.

Qi Zhou, QuarkChain Founder, and CEO. A software engineer with Google, Dell EMC, and Facebook in his track record. Expert in the high-performance system and large-scale distributed system.

Anthurine Xiang, CMO. Has a background in finance, consulting and technology.

Several team members have a PhD. Also, QuarkChain has a solid pool of advisors from business and academic circles. Overall, QuarkChain team seems to have really strong professionals, both members, and advisors.

QuarkChain scalability is an impressive technical achievement. And what’s about communicating it to the world? All main social channels are present, good activity. 50k Twitter followers, 48k Telegram members, 9k on Reddit. Quite a community for a project appeared less than a year ago. Website ranking is good for a relatively new project.

Quarckchain partners are, mostly, the investors backed up the project. The list of partners includes Espeed Capital, Fenbushi Digital, DFG capital, and other companies. Apart from that, QuarkChain announced a partnership with ArcBlock.

To boost the community effort in building up the new ecosystem, QuarkChain has launched the Guardian Plan. The main goal is to promote community development. By encouraging new miners, the security and decentralization of the mainnet would be guaranteed enough hash power. In other words, more miners will help to secure the mainnet from potential attacks. Overall, Guardian Plan is a good initiative to encourage the community and make the network more secure.

Product and technology have the highest priority for QuarkChain. QuarkChain uses its own native cryptocurrency QKC, which is an utility ERC-20 token.

Quarkchcain implemented sharding for scalability. In blockchain, sharding is a method of making a network faster by splitting it into parts, or "shards". As a result, Quarkchain achieved 14000+ transactions per second. This makes QuarkChain a cryptocurrency with the most transaction cryptocurrency with most transactions per second. However, only the full mainnet will confirm how these results are achievable in real life.

QuarkChain uses horizontal scalability approach. It allows to create cheap nodes and quickly increase the capacity of the network. Besides, this approach backs up decentralization, as it’s not necessary to have an expensive node to validate transactions.

Apart from making the network scalable, there is a focus on making flexible. In QuarkChain, flexibility is the customization of four core modules: consensus mechanism, virtual machine, programming language, and token economy. As Quarkchain uses sharding, different shards may be adapted to specific goals without changing the entire QuarkChain network. Flexibility might be a good solution to save additional computing resources or boost performance, depending on the situation.

To ensure scalability and give additional security, QuarkChain utilizes two-layer architecture. The first Sharding blockchain layer contains a list of all shards. Each shard processes a sub-set of transactions independently. With numbers of shards increasing, the transaction capacity of the network grows. The second layer, Root Blockchain, confirms the blocks. To put it simply, the second layer exists to make the transactions secure.

The QuarkChain consensus is a hybrid PoW/PoS. The main reason for this upgrade was making the network more secure to double-spend attack, also known as 51% Attack. This attack is possible on the majority of PoW blockchains. The main way to prevent it is to make it as hard as possible to perform. That’s exactly what QuarkChain consensus was designed for. Another important goal for QuarkChain is making the account management simple by designing the wallet, able to use information from different shards.

QuarkChain has almost completed the testnet stage. The Quarkchain mainnet launch is planned for the end of April. Mainnter launch will bring in new features, Quarkchain is an open-source project, the code can be found on GitHub. Good results and pace of development, yet some minor delays.

QuarkChain is among the first crypto projects that implemented sharding for advanced scalability. The announced 14k TPS makes QuarkChain the crypto with the most transactions per second recorded during a testnet stage. Maintaining that scalability while ensuring security and decentralization of the networks is a complicated task. It seems that QuarkChain has solutions and the team to achieve this goal. Yet, the project has the competition, as the scalability issue concerns the whole industry. The mainnet lauch, planned for the end of April, would be the next great milestone for the ecosystem. In our opinion, solid team and groundbreaking scalability solutions makes QuarkChain the undervalued cryptocurrency.